Jonathan Botkin is a mechanical engineer by day and a music photographer by night. Botkin grew up taking photographs with his father’s camera and eventually bought his own camera in college. It wasn’t until his son started a band that he discovered a passion for music photography. After spending several years photographing only his son’s band, he branched out to taking pictures of other bands and artists and then to portraits. A few weeks ago, Marygrace Waller had the wonderful opportunity to interview him before a show at 924 Gilman. He opened up about his influences and processes while photographing bands and people, as well as his insights on the relationship between practical and uninhibited creativity.

JB: I think there’s a lot of opportunities to be creative as an engineer, but the creative aspect of it always has a specific practical goal in mind. I’ve done creative things, but when I started getting serious about photography, there was a big aspect of giving myself permission to do something that was creative with no practical application. Just to do something creative because I wanted to, and just for the process of creating. That was a big leap for me.

MW: So, if someone saw you on the street and asked what you do, what would you tell them?

JB: I would probably say I’m an engineer. Actually, I was photographing these people painting a mural in Oakland, it was a community project. So, there were a bunch of people and I introduced myself to them as a photographer and I realized, and this was just like two months ago, it was the first time I’ve ever done that where I’ve accepted that title or felt like I was legitimate.

On accepting his identity as a photographer, Botkin says that it was nerve-wracking at first because he felt that he had to live up to that identity. “Now I’ve gotta produce some photos that actually look like they were taken by somebody who can call themself a photographer,” he says. 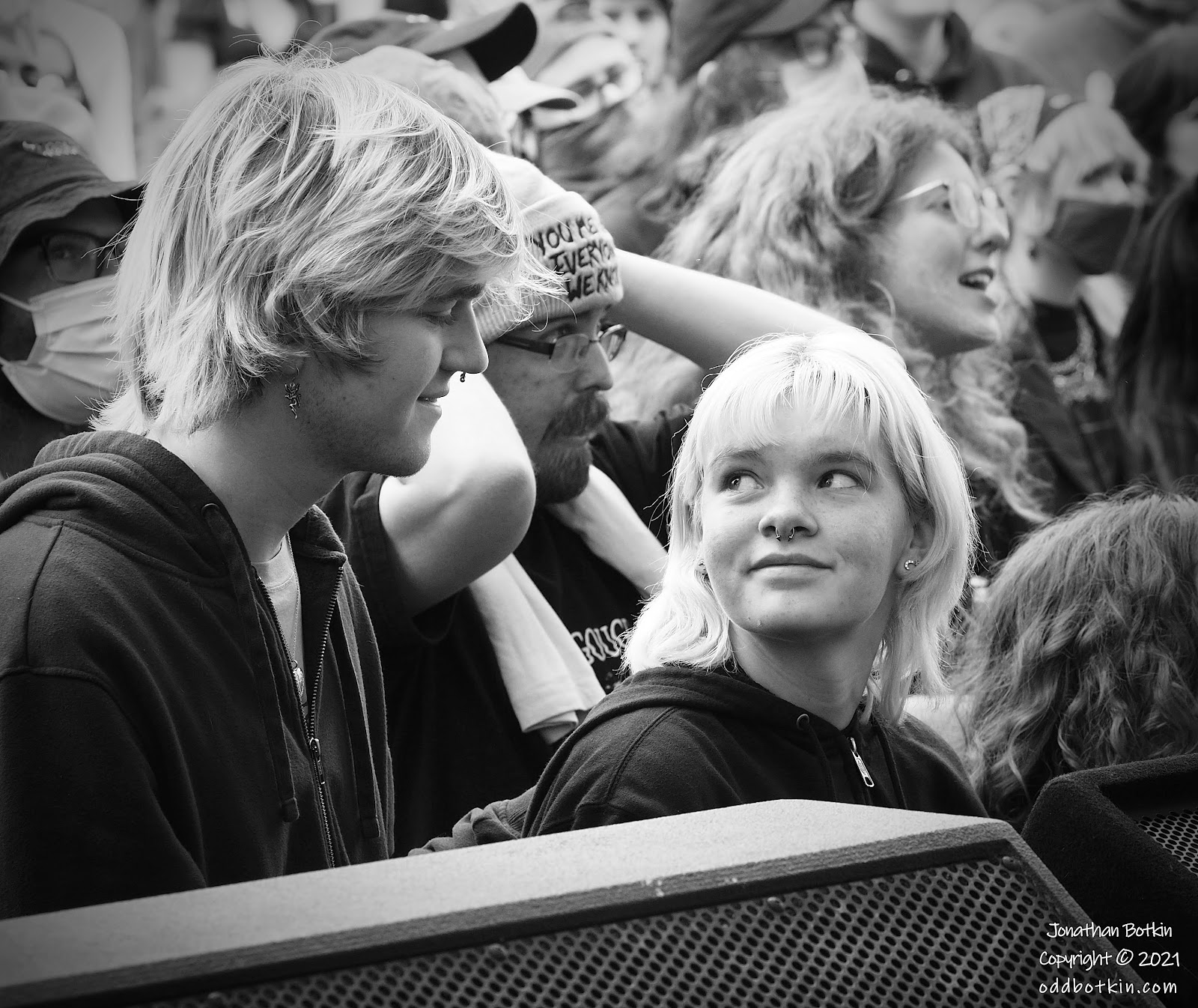 Botkin cites a number of photographers, particularly music and portrait photographers, as inspiration for his work. In terms of music photographers, he has been very impressed with Norman Seeff and Rob Coons, another current Bay Area photographer who we talk about later on in the interview. Norman Seeff has photographed artists from Patti Smith to Joni Mitchell to Michael Jackson. Botkin is inspired by portrait photographers such as Gertrude Käsebier and Alfred Stieglitz. He says, “They’re very focused on the emotion and trying to convey the emotion. And, several times I have tried to see if I could take a photo and imitate [Gertrude Käsebier’s] style and I’ve never achieved it.” Another major influence of his is David duChemin.

JB: He [duChemin] did a lot during the pandemic. He did this podcast a while ago where he talked about going deep on a subject and he said, if you really want to get good at what you do, you have to focus on something and really study it, and he’s also talked a lot about the benefit of constraints. There’s a lot of people who would do one year, with one camera, and one lens, and they just create these constraints, and then it forces you to explore what you can do in that constrained space, and it opens up possibilities that you wouldn’t notice otherwise. So when I heard that, I thought, okay, what I’m interested in is people, and all the pictures of bands that I really like are the ones that really focus on the people. And so I decided that for one year I wasn’t gonna photograph anything except people. And that also led to me giving myself permission to start really doing portraits. So I just kept going, and then I was doing more portraits and then I got this idea to do this artist series, which I’m still working on, which just has become so fascinating. So David duChemin was so pivotal for me. He’s the one who identified this quote that I think he attributed to Picasso: “inspiration exists, but it has to find you working.”

When the Covid-19 lockdown went into effect, Botkin had only recently begun his work in portraiture. All of a sudden, taking portraits of other people was not as easy as it had once been, so he began his exploration in self-portraits.

JB:  I started this self-portrait series, and I just decided to sort of set myself a challenge. I’m gonna do a self-portrait every day until the lockdown ends–thinking it would be a month or two.  And I ended up with 460 some self-portraits. And each day I’d have to come up with an idea. And so many days I’d say, “I have no idea,” but because of that thing that in order to find inspiration, you’ve gotta just start working, I would just set up the lights, set up a tripod, put the camera on and I’d start taking pictures. And usually, the ideas would then start to come, and so that was really powerful. 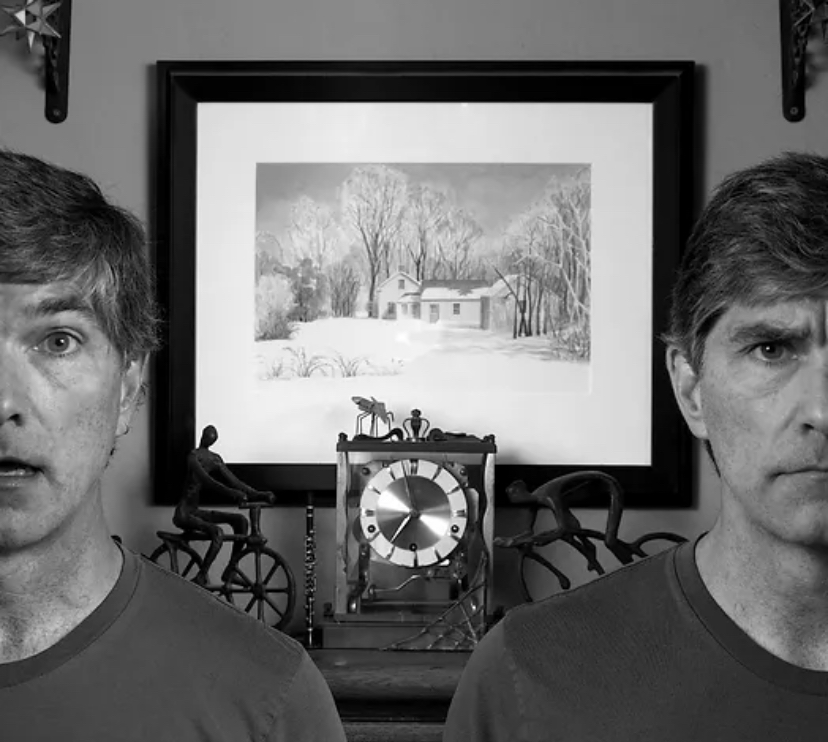 MW: How do you get your desired outcome? Well, not necessarily a desired outcome, because like you said, it’s a naturally occurring thing, but when you’re photographing bands, how do you put your own twist on something that you have no control over?

JB: That’s interesting because I was just talking to somebody about that. You know, and I see some photographers, like Rob Coons. He’s great and he’s so prolific, he goes to so many shows. Yeah. And he’s got a style. I mean, you can, you can see a Rob Coons photo and say, oh, I bet that’s a Rob Coons photo. And there’s plenty of [photographers] like that who are recognizable. And I often think, “Do I have a style?” But when I’m taking pictures, I’m not thinking about that. What I’m thinking about is what do I want, what do I want? And a lot of photography is getting set up and then waiting. And so with bands, everything’s moving so fast, but usually I will get into a position. I’ll get positioned and then I’ll wait and think, “If it’s a singer, I want the singer to really like, sing something that just seems like they really are feeling emotion about really feeling it. Or if it’s a guitar player when they’re lost in the moment.” Yeah, and that often results in a hundred photos from that angle that are all crap and then one, you know, right.

MW: So how do you feel about social media and every single person having a camera in their pocket, 24/7? I think if I were a photographer, I might feel invalidated by that, but I don’t really know because I’m not a photographer.

JB: I think it’s interesting because I would acknowledge that a lot of cell phone cameras take incredible photos. It would be hard for me to be satisfied with what I could get on my cell phone but that doesn’t invalidate, in my mind, somebody else’s pleasure or the fact that some other people get some very good photos that way. And I’m not threatened by that because ultimately I’m doing it because I need to for myself, and if I can get a photo that I like, and that I’m proud of, it doesn’t matter if somebody else gets a photo at the same time of the same event that they’re proud of. That’s great. That’s wonderful. There isn’t, there isn’t a limited number of photos, right? So if I, if somebody else gets a good one, it doesn’t mean I can’t.

JB: “The other thing about social media, I was worried for a while about the negative aspects of comments on social media, but what I hadn’t thought about until my hero David duChemin talked about it, was the negative effects of positive comments. I started realizing that he’s totally right because there were a few photos a few years ago that I’d posted that got a lot of positive reactions and I found myself [thinking], “Okay. Wow. People like that. Oh, okay. If I take another picture, are people gonna like this? I like it but I don’t know if I should post it because I don’t know if it’ll be as popular.” And so I took a little break from posting pictures for a while because I realized that I was getting sucked into those positive feedbacks and losing track of the mindfulness aspect of doing this for myself.”

Welcome To The Freak Show - Self Released